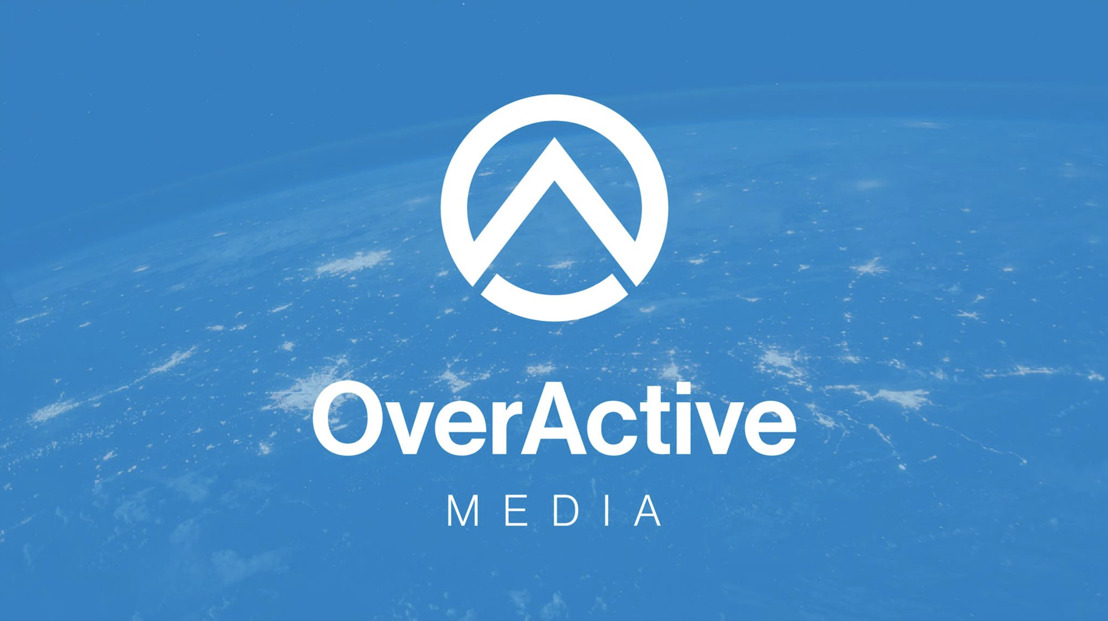 TORONTO, ONTARIO – March 2, 2021 – Abigail Capital Corporation (TSXV: AAC.P) ("ACC") and OverActive Media Corp. (“OverActive” or the “Corporation”)are pleased to announce that they have entered into a non-binding letter of intent dated February 13, 2021 (the "Letter of Intent"), which outlines the terms and conditions pursuant to which ACC and the Corporation will complete a transaction that will result in a go-public event for the Corporation (the "Proposed Transaction"). The Proposed Transaction will be an arm's length transaction, and, if completed, will constitute ACC’s "Qualifying Transaction" (as such term is defined in Policy 2.4 – Capital Pool Companies (“Policy 2.4”) of the TSX Venture Exchange (the "TSXV") Corporate Finance Manual (the “Manual”).

OverActive was incorporated in 2017 under the Ontario Business Corporations Act (the “OBCA”) with a mandate to build an integrated company delivering esports and other entertainment products to today’s generation of fans. OverActive is a global esports and entertainment organization that combines franchised team ownership with audience engagement to connect with fans, franchise partners and corporate sponsors around the world. In North America, OverActive owns the Toronto Defiant of the Overwatch League and the Toronto Ultra of the Call of Duty League. In Europe, OverActive operates the Spain-based MAD Lions organization with teams in League of Legends European Championship and in Counter-Strike Global Offensive.

The Corporation is not a reporting issuer in any province or territory of Canada. The Companies principal investors include, BCE Inc., Michael Kimel, President of Harlo Capital and part owner of the Pittsburgh Penguins and Sheldon Pollack, founder and President of Ov2 Capital Inc. and Chairman of the Board of AcuityAdsHoldings. The Corporation is led by a team of seasoned executives, that have a track record of execution and shareholder value creation in the sports and entertainment businesses, including prior experiences at Maple Leaf Sports & Entertainment, Bell Media, the Canadian Olympic Committee, Google, Nike and CBC.

ACC was incorporated in 2018 under the Business Corporations Act of British Columbia (the "BCBCA"). ACC completed its Initial Public Offering on August 30, 2019 and is classified as a Capital Pool Company (“CPC”) as defined in the TSXV Policy 2.4. As a CPC, ACC’s objective is to identify and acquire either operating assets or a business, subject to regulatory approval, that meet the criteria of a Qualifying Transaction as defined by the TSXV. ACC has no commercial operations and no assets other than cash.

Prior to the Closing, OverActive expects to complete a brokered private placement financing (the “Offering”) of subscription receipts (the “Subscription Receipts”). The Offering is expected to raise gross proceeds of approximately, $20.0 million.

TD Securities Inc., as lead agent on the Offering, and together with a syndicate of agents (together, the "Agents"), are acting as agents in connection with the Offering on behalf of OverActive. The Agents have also been granted an option (the "Agent's Option"), exercisable in whole or in part, up to 48 hours prior to closing of the Offering, to increase the Offering by up to $3.0 million.

Each Subscription Receipt shall entitle the holder thereof to receive, upon satisfaction or waiver of certain

The net proceeds of the Offering and the Concurrent Private Placement (collectively called the "Private Placement") are expected to be deployed into growth initiatives, potential strategic acquisitions and used for working capital and general corporate purposes.

None of the securities to be issued in connection with the Proposed Transaction or the Offering or the Concurrent Private Placement have been, or will be, registered under the United States Securities Act of 1933, as amended (the “1933 Act”), or any state securities laws, and may not be offered or sold within the United States or to any U.S. Person (as defined in Regulation S under the 1933 At) unless registered under the 1933 Act and applicable state securities laws or an exemption from such registration is available. This press release does not constitute an offer to sell or a solicitation of an offer to sell any securities in any jurisdiction where such offer or solicitation would be unlawful, including the United States.

Prior to completion of the Proposed Transaction and subject to approval by the TSXV and the filing of all required materials, OverActive will reconstitute the board of the directors of ACC with nominees suitable to OverActive which individuals will comprise the board of directors of the Resulting Issuer. Further, the officers of the Resulting Issuer will be determined prior to completion of the Proposed Transaction.

A summary of significant financial information with respect to OverActive, as well as the expected directors, officers and other insiders of the Resulting Issuer following the Closing, will be included in a subsequent news release.

Further details about the proposed Transaction, the Private Placement and the Resulting Issuer will be provided in the disclosure document to be prepared and filed in connection with the Transaction. Investors are cautioned that, except as disclosed in such disclosure document, any information released or received with respect to the Transaction may not be accurate or complete and should not be relied upon.

accepts responsibility for the adequacy or accuracy of this release. The TSXV has in no way passed upon the merits of the Proposed Transaction and has not approved or disapproved of the contents of this news release.

This press release contains statements which constitute “forward-looking statements” and "forward-looking information" within the meaning of applicable securities laws (collectively, “forward-looking statements”), including statements regarding the plans, intentions, beliefs and current expectations of ACC and OverActive with respect to future business activities and operating performance. Forward-looking statements are often identified by the words "may", "would", "could", "should", "will", "intend", "plan", "anticipate", "believe", "estimate", "expect" or similar expressions and includes information regarding: (a) expectations regarding whether the Proposed Transaction will be consummated, including whether conditions to the consummation of the Proposed Transaction will be satisfied including, but not limited to, the necessary board, shareholder and regulatory approvals and the timing associated with obtaining such approvals, if at all; (b) the timing for completing the Proposed Transaction, if at all, and the conditions to such transaction; (c) whether and on what basis the ACC Shares will be consolidated and if the Consolidation will be approved by shareholders and the timing associated therewith; (iv) the timing associated with entering into the Definitive Agreement and the terms and conditions therein; (v) the

Investors are cautioned that forward-looking statements are not based on historical facts but instead reflect ACC and OverActive’s respective management's expectations, estimates or projections concerning future results or events based on the opinions, assumptions and estimates of management considered reasonable at the date the statements are made. Although ACC and OverActive believe that the expectations reflected in such forward-looking statements are reasonable, such statements involve risks and uncertainties, and undue reliance should not be placed thereon, as unknown or unpredictable factors could have material adverse effects on future results, performance or achievements of the Resulting Issuer. Among the key factors that could cause actual results to differ materially from those projected in the forward looking statements are the following: the ability to consummate the Proposed Transaction and Private Placement; the ability to obtain requisite regulatory and shareholder approvals and the satisfaction of other conditions to the consummation of the Proposed Transaction and Private Placement on the proposed terms and schedule; the potential impact of the announcement or consummation of the Proposed Transaction and Private Placement  on relationships, including with regulatory bodies, employees, suppliers, customers and competitors; changes in general economic, business and political conditions, including changes in the financial markets; changes in applicable laws and regulations both locally and in foreign jurisdictions; compliance with extensive government regulation and the costs associated with compliance; costs of building and developing projects and product opportunities; the risks and uncertainties associated with foreign markets; and the diversion of management time on the Proposed Transaction and Private Placement. These forward-looking statements may be affected by risks and uncertainties in the business of ACC and OverActive and general market conditions, including Covid-19.

Should one or more of these risks or uncertainties materialize, or should assumptions underlying the forward-looking statements prove incorrect, actual results may vary materially from those described herein as intended, planned, anticipated, believed, estimated or expected. Although ACC and OverActive have attempted to identify important risks, uncertainties and factors which could cause actual results to differ materially, there may be others that cause results not to be as anticipated, estimated or intended and such changes could be material. ACC and OverActive do not intend, and do not assume any obligation, to update the forward-looking statements except as otherwise required by applicable law.

Investors are cautioned that, except as disclosed in the management information circular or filing statement of ACC and to be prepared in connection with the Proposed Transaction, any information released or received with respect to the Proposed Transaction may not be accurate or complete and should not be relied upon. Trading in the securities of ACC should be considered highly speculative.