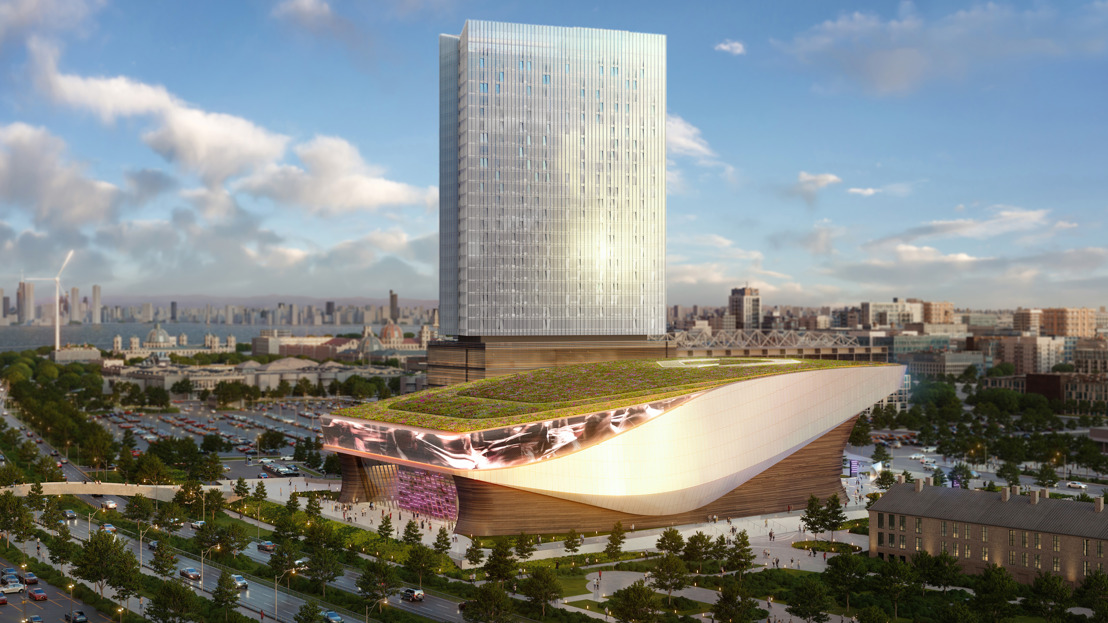 To be located in the heart of the historic Exhibition Place, the proposed state-of-the-art theatre-style entertainment venue, developed by global design firm Populous, is anticipated to book 180-200 events per year, creating a new node within the area for diverse employment and economic activity. The venue is designed to be a destination at its core, driven primarily by premium music and entertainment bookings, in addition to major city-wide conventions, corporate events and product launches, award shows and naturally, a full slate of esports events increasing over time. It will also provide a home to OverActive Media’s professional Call of Duty and Overwatch League franchises. According to an Economic Impact Analysis prepared by urbanMetrics inc., the performance venue project will bring significant qualitative and quantitative benefits to the city.

“Over the past year, we have worked incredibly hard to get phase one of our performance venue project over the finish line and there’s no slowing down now. We’re fortunate to have such great partners in the city who share our vision to build a preeminent venue for today’s generation of fans, one that will truly benefit the city of Toronto and its many sports and entertainment fans for years to come,” said Chris Overholt, President and CEO, OverActive Media. “With project construction scheduled to begin in late 2022 and completed in 2025, we’ve been aggressively working on the business and marketing plan. We expect to have several capital partners in this project – notable venue operators and developers who will no doubt bring all their experience to bear ensuring its success. Once the venue is completed, we believe that it will contribute significantly to the growth of OverActive Media.”

Highlights from the Economic Impact Analysis include:

“Further development in the heart of Exhibition Place through OverActive Media’s performance venue project will create new jobs and investment opportunities, and enhance our position as a global entertainment destination,” said John Tory, Mayor, City of Toronto. “With City Council’s approval, I look forward to seeing this project get underway, providing a new hub for Toronto and the surrounding community.”

According to the Economic Impact Analysis, in addition to the primary economic impacts highlighted above, the new venue is also expected to yield a range of qualitative benefits that enhance broader city-building and economic development efforts including:

“Toronto is one of the best entertainment markets in the world. OverActive Media’s performance venue project provides an opportunity to further enhance our global reputation and to attract visitors to our great city, including the esports community,” said Scott Beck, President and CEO, Destination Toronto. “I look forward to seeing the vision for such an engaging space come to life.”

“We’ve been working closely with our city partners to assist in the development of a strategy that will position Toronto squarely as an international hub for global esports. We expect this venue will be the centrepiece of that strategy and provide a significant opportunity to meaningfully increase shareholder value,” added Overholt.

Investors are cautioned that forward-looking statements are not based on historical facts but instead OverActive management’s expectations, estimates or projections concerning future results or events based on the opinions, assumptions and estimates of management considered reasonable at the date the statements are made. Although OverActive believes that the expectations reflected in such forward-looking statements are reasonable, such statements involve risks and uncertainties, and undue reliance should not be placed thereon, as unknown or unpredictable factors could have material adverse effects on future results, performance or achievements of the OverActive. Among the key factors that could cause actual results to differ materially from those projected in the forward-looking statements include the following: the potential impact of OverActive’s qualifying transaction on relationships, including with regulatory bodies, employees, suppliers, customers and competitors; changes in general economic, business and political conditions, including changes in the financial markets; changes in applicable laws and regulations both locally and in foreign jurisdictions; compliance with extensive government regulation; the risks and uncertainties associated with foreign markets; and other risk factors set out in OverActive’s filing statement dated July 2, 2021, a copy of which may be found under OverActive’s profile at www.sedar.com. These forward-looking statements may be affected by risks and uncertainties in the business of OverActive and general market conditions, including COVID-19.

Should one or more of these risks or uncertainties materialize, or should assumptions underlying the forward-looking statements prove incorrect, actual results may vary materially from those described herein as intended, planned, anticipated, believed, estimated or expected. Although OverActive has attempted to identify important risks, uncertainties and factors which could cause actual results to differ materially, there may be others that cause results not to be as anticipated, estimated or intended and such changes could be material. OverActive does not intend and do not assume any obligation, to update the forward-looking statements except as otherwise required by applicable law.

Neither the TSXV nor its Regulation Services Provider (as that term is defined in the policies of the TSXV) accepts responsibility for the adequacy or accuracy of this release.